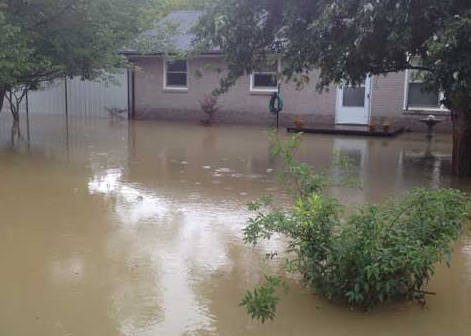 Early Thursday morning the state of Tennessee was slammed with heavy rainfall and adverse weather. Many residents are without power, and there is major flooding along and around Interstate 40. There are multiple road closures as well as water rescues that have taken place over the span of the morning. The National Weather Service has extended the flash flood warning until noon for Davidson County and parts of Wilson and Sumner Counties. Flood advisories are in effect for Cheatham, Robertson, Smith and Trousdale counties. If you see that there is a dip in the road or a road is over flown with water, make sure not to try and cross it. This could lead to your car breaking down in the water, and even being trapped inside

Numerous roadways are underwater at this point, including Briley Parkway, Gallatin Pike, and Old Hickory Boulevard. Many people have been trapped in their own homes and even their cars waiting to be rescued by a trained crew of professionals. Some residents have even been trapped on their balconies waiting for a crew to reach them. If you are in this situation, do not panic, and remember to stay high above ground as the water may rise. Firefighters have been waist-deep in the water, trying to recover all residents that have sent in a call.

Briley Parkway under Interstate 24 was completely submerged with water, making it completely impassable to motor vehicles. As well as complete flooding, residents on Ewing drive have also been evacuated due to a gas leak from the water. The water has receded on parts of Ewing Lane, and the same holds true for other parts of Madison county.
Most flood related deaths have been caused by drivers being trapped in their cars. That is why it is of the utmost importance to not go through an area that is flooded, or if the roadway is underwater. There have been a couple of school closings this morning in the Davidson area, but no other school closings have been reported in other areas.