Over the past couple of days, a storm system that caused massive havoc over the eastern region of the U.S generated a tornado that ripped roofs off of homes in the suburban Boston area; it uprooted trees, and forced businesses to close their doors.

A tornado is rare in Massachusetts, but one seemed to pop up in the coastal city of Revere, with nearly 52,000 residents. This city just north of Boston was ravaged by a twister on Monday morning, and officials reported that several residents suffered minor injuries, including a baby who was in a car and was hurt  by flying glass, as well as an elderly woman who suffered cuts. 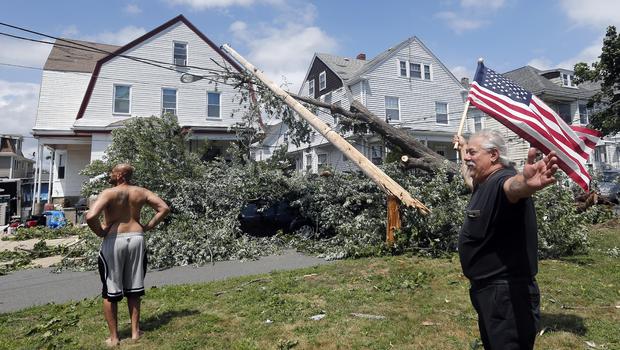 The Mayor of the town stated that it is a miracle that no one sustained more serious injuries due to the sheer magnitude of the storm. This tornado was created by a powerful storm that tracked through the Boston area shortly after 9 A.M on Monday, causing significant flooding. The National Weather Service reported that this system was an EF-2 on the Enhanced Fujita Scale of 0-5.

The twister made a path about 2 miles wide, and generated maximum wind gusts of up to 120 mph. This tornado was about three-eighths of a mile wide at its peak, and the weather service said that it touched down at approximately 9:32 A.M near the Chelsea-Revere line, and was on the ground for only about 4 minutes total. The mayor stated that about 65 homes and businesses were damaged, and 13 of those 65 were left totally damaged and irreparable. About 2,8000 homes were without power but the power was to be restored by midnight of that night.

The city also opened a temporary shelter for any residents that were displaced from their homes. The Governor of the state said that the state officials would do whatever they could to help the ailing residents who were affected. The National Weather Service stated that this was the first tornado in Suffolk County, which includes Boston and the northern communities of Revere, Chelsea, and Winthrop, since it began keeping records in 1950. These records also stated that Massachusetts has had 162 tornadoes throughout this time, the majority of them being weak though. 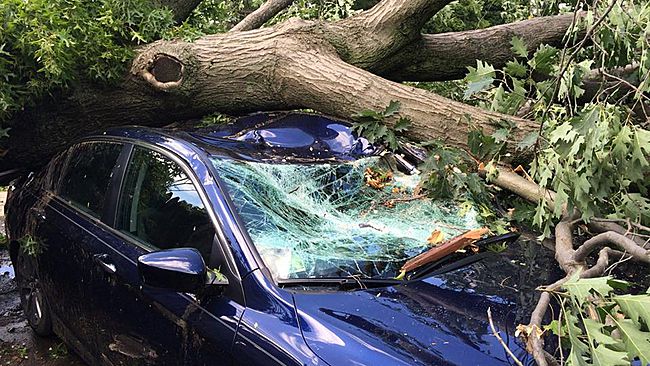 The Mayor of the community said that it was still too early to estimate the cost of the damages that occurred due to tornado, which affected an area of three square miles. Many city officials were going door to door in the hardest hit neighborhoods around Revere Beach Parkway and Broadway, the city’s busiest commercial area.

Many residents stated that they received the warnings about 10 minutes before the tornado touched ground, which gave them enough time to find shelter. Other communities across the United States were also cleaning up on Monday after strong storms swept through the area.

In eastern Tennessee, officials said that there were no reports of any deaths or injuries from Sundays storms, although at least 10 homes have been destroyed. In Kentucky, the National Weather Service stated that some areas received softball sized hail on Sunday.

Large amounts of hail were also reported in Michigan, where high wind gusts topped over trees and the roofs off of buildings. Meanwhile in Ohio, roads had been blocked by severe flash flooding.

Business owners in Revere began cleanup efforts after the storm passed, picking up broken glass from shattered windows and broke apart downed trees and fallen billboards. The Mayor stated that City hall was damaged quite badly and there wasn’t a decision when the city workers would return to the building.

For updates on the weather in your area, stay tuned to your local weather authority, or the Weather Channel.